The practice of violence changes the world, but the most probable change is a more violent world’. Hannah Arendt

For decades now sectarian violence between Sunni and Shia Muslims has engulfed the Middle East and central Asia. The conflict has spilled over into the West, most notably in the 9/11 attacks, while the ensuing ‘War on Terror’ has further poisoned relations between the West and the Muslim world. Today sectarian violence is spreading to North and East Africa, creating an arc of instability across the African continent. Three decades of brutal Sunni-Shia conflict tragically illustrates the intractable nature of sectarian violence. It also demonstrates how religious fundamentalism can too often give those with dangerous personality disorders an easy path to power.

Between 85-90 percent of the world’s 1.3 billion Muslims are Sunni. The Shia minority, numbered at around 130 to 150 million, are predominantly found in Iran, southern Iraq, Bahrain and Pakistan, and make up a sizeable minority in Afghanistan and the states surrounding the Persian Gulf. 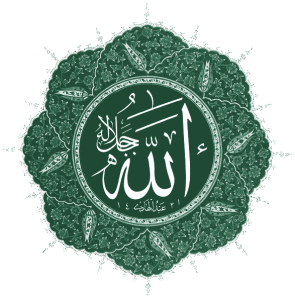 The 1979 Iranian Revolution marked the beginning of the modern era of sectarian war within Islam. In that year demonstrations against the corrupt and oppressive regime of Mohammad Rezā Shāh Pahlavī led to overthrow of the Iranian monarchy, and the establishment of the Islamic Republic of Iran under Ayatollah Khomeini.

Khomeini’s ambition was to become the supreme religious authority of all Shia, not only in Iran but across the Muslim world. But his ambition went further. Khomeini also wanted to become supreme leader of the entire Muslim world – both Shia and Sunni. Khomeini’s strategy was to unite Sunni and Shia under the banner of anti-Westernism and Islamic unity. The Iranian Revolution was also a leftist revolution which overthrew Iranian monarchy and stood in opposition to the other monarchies that still dominated the region.

Iran’s challenge to the Saudi rulers, however, was to have a devastating effect – igniting the sectarian war within Islam that has raged ever since. In response, Saudi Arabia’s leaders embarked on a sectarian strategy, portraying Khomeini’s challenge to the House of Saud as sedition, and depicting the Saudi rulers as Sunnism’s greatest defenders. Using its considerable financial resources, Saudi Arabia financed an international network of seminaries, mosques, and educational institutions based on Wahhibism – the militant form of Sunnism predominant in Saudi Arabia – across the Muslim world. The battle between Sunni and Shia fundamentalists had begun.

Since the 1980s the fundamentalist Sunni forms of Wahhibism and Salafism prevalent in Saudi Arabia have become increasingly influential across the Muslim world. As a direct result, Sunni-Shia conflicts have become more violent.

Pakistan has the second largest Shia population after Iran, with Shias accounting for around 20% of the population. Pakistan is where Iran focused its attention first. It is also where Saudi Arabia launched its first major counter-offensive against Khomeini. Throughout the 1980s and 1990s Pakistan therefore tragically became the main battleground for the Saudi-Iranian / Sunni-Shia conflict. The more aggressively Iran tried to influence Shias in Pakistan, the more Saudi-backed Sunni leaders responded. Key figures known for their anti-Shia extremism were used to attack Shias, denouncing them with a vehemency that was new to Pakistani life. A spiral of sectarian violence followed, which to this day continues to undermine Pakistan’s struggle to establish a stable democracy.

The violent war against the Shia minority in Pakistan was a precursor for what was to follow in Afghanistan and later still in Iraq. In Afghanistan, Sunni extremism,  backed by Saudi Arabia, the U.S. and Pakistan, gave rise to the Taliban. The Taliban – a vehemently sectarian organisation – declared Afghan Shias to be infidels and massacred thousands of Shias across Afghanistan. The Taliban’s conquest of Afghanistan led subsequently to the use of that country as a training ground for ‘holy warrior’ militias – and the emergence of Al Qaeda.

Sectarianism is Not about Doctrine

The religious differences between Sunni and Shia are many. The two forms of Islam differ on issues as diverse as who are the legitimate successors of the Prophet; on the role of clerics as intermediaries between God and society; in the role of religious imagery, saints and religious shrines; and in millennial beliefs regarding the end of time.

Differences of doctrine however are never at the root of sectarianism. The true causes of sectarianism lie instead in the psychology of those with dangerous personality disorders, together with the value that the majority of humanity ascribes to religious beliefs.

Unfortunately a number of the central characteristics of many religions appeal to people with personality disorders. These include the claim to absolute truth, an insistence that proof is not necessary, widespread use of censorship to suppress dissent, and the threat of ultimate sanction for those who disagree. It is these characteristics that serve to forge the link between religion’s powerful appeal, the rise to power of people with dangerous personality disorders, and the religious warfare that has been tearing at the heart of Islam.

More specifically, sectarianism provides those with paranoid personality disorder with the perfect outlet for their talents as cheerleaders in whipping up hatred against the ‘enemy’. It provides narcissists with the comforting illusion that they are speaking for God, and the worldly rewards in terms of power and authority. And it provides psychopaths with unlimited opportunities to kill and maim countless innocents, and be proclaimed heroes for doing so. This unholy combination means that sectarian conflicts often prove to be the most savage, intractable and godless conflicts of all.

Religion’s claim on absolute certainty, its insistence that no evidence is required to support its assertions, its use of censorship, and its threat of violence if religious beliefs are not adhered to, form the perfect recipe for tyrannical rule. In the words of author Reza Aslan, it transforms those who should be considered murderers and thugs into soldiers sanctioned by God[1].

‘Peace and stability will come to the Middle East only when the political system includes all and provides for peaceful ways of resolving disputes, not dominated by one side or the other.’           Vali Nasr

In the decades since the Iranian Revolution in 1979, two brands of violent Islam – one Sunni, one Shia – have been spreading across the Muslim world. While the anti-Western nature of both forms of Islamic fundamentalism is most apparent to those in the West, the real victims of the war within Islam have undoubtedly been Muslims themselves.

Experience of sectarian conflict in other parts of the world – for example, in Northern Ireland and former Yugoslavia – shows that sectarian divisions can only begin to heal once the violence has stopped. An end to violence gradually allows the values of the majority population – values which include tolerance, empathy and compromise – to replace the values of intolerance, hatred and intransigence that prevail when violence is still raging. The onset of peace denies psychopaths the opportunity to become heroes through the slaughter of innocents. Peace denies narcissists the opportunity to impose their will by force. Peace denies those with paranoid personality the ready audience for their sermons of hate. In short, peace denies those with dangerous personality disorders the brutal environment that they need if they are to continue their hold on power.

The benefits of peace also illustrate why it is so difficult to achieve. It is precisely because peace is not in their interests that a pathological minority will continue to foment violence with every fibre of their being.

Vali Nasr, The Shia Revival: How Conflicts within Islam will Shape the Future, W.W. Norton and Company, 2006