In 2014 a United Nations Commission reported its findings on the human rights situation in North Korea. The Commission concluded that the gravity, scale and nature of human rights violations reveal a State that does not have any parallel in the contemporary world. In a world where vicious tyrants are still, tragically, not uncommon, North Korea stands out as the world’s vilest regime.

The following summary is based on extracts from the U.N. Commission’s report.

The U.N. commission of inquiry was mandated to investigate the systematic, widespread and grave violations of human rights in the Democratic People’s Republic of Korea (DPRK).

The Democratic People’s Republic of Korea totally and categorically rejected the commission and did not respond to the commission’s repeated requests for access to the country and to information on the human rights situation.

The commission also sought access to China in order to conduct inquiries, and requested access to parts of China bordering the Democratic People’s Republic of Korea. China refused the commission’s requests.

Owing to its lack of access to the DPRK, the commission obtained first-hand testimony through public hearings. More than 80 witnesses and experts testified publicly. Public hearings were conducted in 2013 in Seoul, Tokyo, London and Washington, DC. Overall the commission conducted more than 240 confidential interviews with victims and other witnesses.

Principal Findings of the Commission

The commission found that systematic, widespread and gross human rights violations have been and are being committed by the Democratic People’s Republic of Korea. In many instances, the violations found entailed crimes against humanity.

The DPRK operates an all-encompassing indoctrination machine that takes root from childhood to propagate an official personality cult and to manufacture absolute obedience to the Supreme Leader. Propaganda is further used to incite nationalistic hatred towards official enemies of the State, including Japan, the United States of America and the Republic of Korea, and their nationals.

The DPRK is a rigidly stratified society with entrenched patterns of discrimination. Discrimination is rooted in the songbun system, which classifies people on the basis of State-assigned social class and birth. The songbun system remains an important factor in determining where individuals are allowed to live; what sort of accommodation they have; what occupations they are assigned to; whether they are able to attend school, in particular university; how much food they receive; and even whom they might marry. The special status of Pyongyang, reserved only for those most loyal to the State, exemplifies this system of segregation.

The commission states that there is an almost complete denial of the right to freedom of thought, conscience and religion, as well as of the rights to freedom of opinion, expression, information and association. The State considers the spread of Christianity a particularly serious threat, since it challenges ideologically the official personality cult. People caught practising Christianity are subject to severe punishments.

State surveillance permeates the private lives of all citizens to ensure that virtually no expression critical of the political system or of its leadership goes undetected. Telephone calls are monitored and citizens are punished for watching and listening to foreign broadcasts, including foreign films and soap operas.

Citizens are not allowed to leave their province temporarily or to travel within the country without official authorization. The State also imposes a virtually absolute ban on ordinary citizens travelling abroad. The State systematically uses violence and punishment to deter its citizens from exercising their human right to leave the country. Persons who are forcibly repatriated from China are commonly subjected to torture, arbitrary detention, summary execution, forced abortion and other forms of sexual violence. 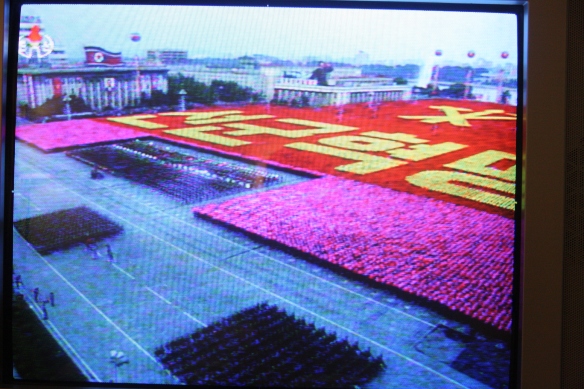 North Korean nationals still take the risk of fleeing, mainly to China. When they are apprehended or forcibly repatriated, they are subjected to persecution, torture, and prolonged arbitrary detention. Repatriated women who are pregnant are regularly subjected to forced abortions, and babies born to repatriated women are often killed. These practices are driven by racist attitudes towards interracial children of Koreans. Persons found to have been in contact with officials or nationals from the Republic of Korea or with Christian churches may be forcibly disappeared into political prison camps, imprisoned in ordinary prisons or even summarily executed.

Despite the gross human rights violations awaiting repatriated persons, China pursues a rigorous policy of forcibly repatriating citizens of the Democratic People’s Republic of Korea who cross the border illegally.

An estimated 20,000 children born to women from the Democratic People’s Republic of Korea are currently in China. These children are deprived of their rights to birth registration, nationality, education and health care because their birth cannot be registered without exposing the mother to the risk of being sent back by China.

The State has used food as a means of control over the population. It has prioritized those whom the authorities believe to be crucial in maintaining the regime over those deemed expendable.

During the 1990s, citizens’ complete dependence on the State led to one of the worst cases of famine in recent history. The commission found that decisions, actions and omissions by the State and its leadership caused the death of at least hundreds of thousands of people and inflicted permanent physical and psychological injuries on those who survived. While conditions have changed since the 1990s, hunger and malnutrition continue to be widespread.

During the famine, the State impeded the delivery of food aid by denying humanitarian access to some of the most affected regions and groups, including homeless children.

During periods of mass starvation, military spending – predominantly on hardware and the development of weapons systems and the nuclear programme – has always been prioritized. Large amounts of State resources, including parallel funds directly controlled by the Supreme Leader, have been spent on luxury goods and the advancement of his personality cult instead of providing food to the starving general population.

The police and security forces systematically employ violence and punishment including detention, executions and disappearances in order to create a climate of fear that pre-empts any challenge to the current system of government.

In the political prison camps of the Democratic People’s Republic of Korea, the inmate population has been gradually eliminated through deliberate starvation, forced labour, executions, torture, rape and the denial of reproductive rights enforced through punishment, forced abortion and infanticide. The commission estimates that hundreds of thousands of political prisoners have perished in these camps over the past five decades.

Satellite imagery proves that the camp system continues to be in operation. It is estimated that between 80,000 and 120,000 political prisoners are currently detained in four large political prison camps.

Gross violations are also being committed in the ordinary prison system, where the vast majority of inmates are victims of arbitrary detention, imprisoned without trial or on the basis of a trial that fails to respect the due process. Prisoners are systematically subjected to deliberate starvation and illegal forced labour. Torture, rape and other arbitrary cruelties at the hands of guards and fellow prisoners are widespread and committed with impunity.

As a matter of State policy, the authorities carry out executions publicly as a means to instil fear in the general population.

Abductions from Other Countries

The Democratic People’s Republic of Korea used its land, naval and intelligence forces to conduct abductions and arrests. Operations were approved at the level of the Supreme Leader. The vast majority of victims were forcibly disappeared to gain labour and other skills for the State. Such actions, in defiance of the sovereignty of other States and the rights of foreign nationals guaranteed under international law, are exceptional.

The commission finds that crimes against humanity have been committed in the Democratic People’s Republic of Korea. The gravity, scale and nature of these violations reveal a State that does not have any parallel in the contemporary world.

The United Nations must ensure that those most responsible for the crimes against humanity committed in the Democratic People’s Republic of Korea are held accountable. Options to achieve this end include a Security Council referral of the situation to the International Criminal Court or the establishment of an ad hoc tribunal by the United Nations.

The full report of the U.N. Commission can be found here.

3 thoughts on “North Korea – A Look Inside The Psychopathic State”