Before the end of 2015, the leaders of the world’s nations will attend two major summits. Their task is nothing less than to change the course of history.

This week in New York, the U.N. post-2015 Development Summit seeks to agree a set of goals that together aim to create a more peaceful and equal world by 2030. Then, in December, the 2015 Paris Climate Conference will aim to reach a legally binding agreement on climate, with the goal of keeping global warming below 2°C.

A discussion of human psychology, however, will be largely absent from both of these crucial meetings. Laudable as current international efforts are, they are unfortunately doomed to failure if they do not pay more attention to some unpalatable facts about the psychology of our species.

The aim of the 17 sustainable development goals, or SDGs, being debated at this week’s U.N. summit can be summarised quite simply.

It will be a world in which there is a sustainable and inclusive model for the global economy, in which economic growth benefits all, combats climate change and halts the loss of the earth’s natural resources.

It will be a world of greater equality both within and between nations, where everyone is treated equally regardless of gender, religion, race, and ethnicity.

And it will be a world where national and global partnerships are capable of achieving this Vision. 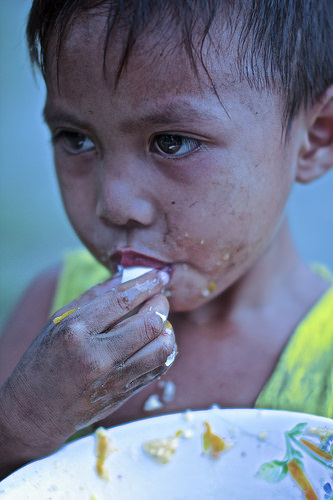 That all of the world’s nations have been able to reach agreement on what constitutes a better world is a remarkable achievement. At a time when war and suffering are ever present in our headlines, it is a much needed beacon of hope.

But those very pictures of war and suffering also beg the question:  are we, humanity, psychologically capable of building such a fairer and more peaceful world?

Any debate on this question must acknowledge three basic facts about our psychology.

First, human nature, for the majority of human beings, is an extremely malleable thing. For most of us, our beliefs and behaviours vary depending on the circumstances in which we have been brought up, and the context within which we find ourselves.

This basic fact means that, as psychologist Steven Pinker describes, human nature comprises a mix of both inner demons and better angels. Motives like predation, dominance, and vengeance which impel us to violence exist alongside motives like compassion, fairness, self-control and reason that, under the right circumstances, impel us toward peace.

Changes in our social, cultural and material conditions can change our pliable nature in different ways. If the conditions which favour our better angels prevail, violence is low. If conditions such as fear, insecurity and intolerance hold sway, our inner demons win out and violence and greed increase.

The conditions which contain the worst aspects of human nature are in fact, those which the post-2015 agenda seeks to strengthen: an absence of poverty and destitution, fair and effective application of the rule of law, just and transparent government, and a greater tolerance of diversity.

The discussion of how human psychology will impact on the post 2015 agenda should therefore recognise that there is a crucial link between the attainment of the development goals and their impact on our collective beliefs and behaviours. The more progress we make towards the SDGs, the more likely we will be to behave with humanity towards one another. The further we move from achieving those goals, the more intolerant and aggressive we will become.

A second unpalatable fact we must acknowledge, however, is that a minority of human beings are psychologically incapable of building a fairer and more peaceful world.

Decades of research in psychiatry has identified a minority of people whose psychology does not allow them to even conceive of the notions of fairness and equality, peace and mutual benefit. The psychology of this minority, rather than being malleable like the majority, is rigidly fixed in a way that predisposes them towards dominance, greed, paranoia and hate.

Psychopathic personalities lack the capacity to react to other people’s feelings with feelings of their own, and so have a terrifying ability to treat people without conscience – as things rather than as people.

People with narcissistic personality disorder have minds structured to convince them of their own superiority. They are psychologically incapable of conceptualising others as their equals.

People with paranoid personality disorder have minds frozen in a perpetual state of emergency. They can perceive others only as a threat and continually search for vulnerable scapegoats on whom to focus their fear.

While for most of us, forces such as law, democracy and human rights help tilt the balance away from our inner demons and towards less violent and more humane behaviour, the psychology of this small but active minority is such that their inner demons always win out.

The Dangers of Group Psychology

Our discussion needs to consider a third basic fact. The psychological malleability of the majority of humanity, in which we may sway towards peace or violence, altruism or greed, depending on circumstances, allied with the fixed malevolent nature of a minority, means that this minority can gain enormous influence over the majority when circumstances allow.

Although individuals with dangerous personality disorders comprise just a few per cent of the total human population, they can have an enormously destructive influence because of their ability to rise to positions of power when circumstances allow. Under such circumstances they can readily recruit not only on groups of like-minded individuals, but also large swathes of the rest of us – the psychologically malleable majority – to their cause.

Such was the case in Hitler’s Germany, Mao’s China, Stalin’s Soviet Union, and Pol Pot’s Cambodia. The destructive influence of this minority is still evident in today’s world where tyranny, war, and acts of barbarism in the name of God or country remain commonplace.

But this will only happen if we acknowledge the basic facts of human nature and resolve to work together to reduce the influence of those who are psychologically incapable of building a better world.

Only then will can we hope to succeed in building together the better world that most of us want.

But is humanity psychologically capable of building a better world? Read more here.