Of all the pillars in our modern system of democracy, none has had as great an impact as the development of the rule of law. The rule of law reduces violence, provide a means of holding leaders to account, forces a degree of rationality into political decision making, and offers protection for citizens against the arbitrary actions of their rulers.

Levels of violence in societies worldwide have fallen dramatically since the time of the ancient world. As psychologist Steven Pinker has documented, around fifteen percent of people, on average, died violent deaths in pre-civilisation societies. By comparison, the death rate from violence in the twentieth century was around three percent[1]. As Pinker points out, changing circumstances, rather than fundamental changes in human nature, have been responsible for this remarkable reduction in violence. Many factors have contributed to this change, including economic and social development, the increased use of reason in human affairs, , and the rise of mass education. The most decisive influence however has been the gradual development of the rule of law.

The invention of government with the power to enforce laws, however, addressed one problem – violence between citizens – and created another, namely the use of violence by the state against citizens. For most of history, after all, civilisation has meant tyranny. For democracy to act as a defence against pathological elites, institutions and practices needed to be developed through which the rule of law applies not only to citizens, but to rulers as well. 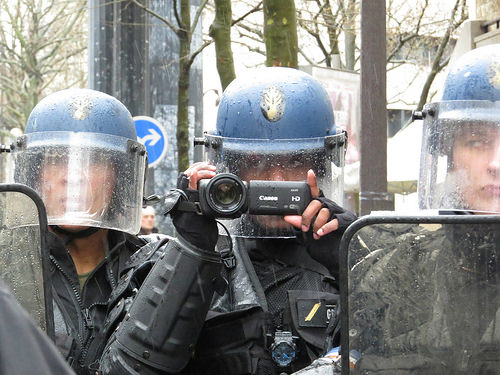 Former British Lord Chief Justice Tom Bingham, in his book ‘The Rule of Law’, sets out four historical landmarks in the development of such institutions and practices. The first landmark moment was the signing of the Magna Carta between King John of England and a group of rebel barons in 1215. With its signing, the principle was established that even a supreme leader must be bound by certain laws.

Bingham’s second landmark moment was the development of the right of Habeas Corpus. This established the right of anyone who was to be imprisoned to be brought before an impartial court within a short period of time to determine whether their imprisonment was justified. Bingham describes Habeas Corpus as ‘the most effective protection against arbitrary imprisonment the world has ever seen.’ The effect of its absence can be seen in many parts of the world today, where it is the norm for those arrested to languish in prison for years without ever being brought to trial.

The third and fourth of Bingham’s major landmarks are the abolition of the use of torture, and the development of fundamental principles to which judges should adhere to ensure a fair trial. The use of torture as a means of proving the guilt of the accused was first rejected in England in the late 15th century. It was rejected on three grounds. First, that the practice was unjustly cruel when applied to someone who had not yet been found guilty of any crime. Second that the evidence so procured was profoundly unreliable. And third, that the practice degraded all those involved. The principles to which judges should adhere were first written in 1670 by Sir Matthew Hale, then Chief Justice in England. They included the rule ‘That I be not biased with compassion towards the poor, or favour towards the rich.’ In other words, there should not be one law for the rich and another for the poor.

Taken together the establishment of such codes and practices, which bound rulers as well as citizens to certain moral standards of behaviour, came to provide a vital defence against the arbitrary dictates of those in power. When democracy re-emerged in the American Revolution, the rule of law was a central pillar in the democratic system of government that the Founding Fathers put together.

[1] Stephen Pinker, The Better Angels of Our Nature: A history of violence and humanity, Penguin, 2012

2 thoughts on “Understanding Democracy – The Rule of Law”