Remarkable as the new U.S. system of democracy was at the time of Independence, U.S. society at that time had not progressed beyond some of the most unethical features of ancient Athens. Slavery was widespread, women were excluded from political participation, and a genocidal war was being waged against the Native American population. Despite its undoubted advances, what the new American democracy clearly did not do was to guarantee equality of citizenship to all.

A more radical assertion of the essential equality of all human beings was, however, the central thrust of the revolution that erupted across the Atlantic in France. The French Revolution swept away the system of Monarchy, Church and aristocracy which had governed France for centuries. In its place the revolutionaries envisaged a more just and fair society in which every citizen possessed equal rights that the state was obliged to uphold. Their radical vision was set out in The Declaration of the Rights of Man and of the Citizen, which asserted that all men are born and remain free and equal in rights, and that the aim of all political association is ‘the preservation of the natural and imprescriptible rights of man.’

The failure of the Revolution however meant that was principle was not established in practice at that time. It was not until after World War Two and the Holocaust that the principle that all human beings have fundamental rights that must be protected in law and upheld by the state began to become a reality.

One major factor in the failure of the French Revolution was the revolutionary government’s campaign to destroy the power of the Catholic Church in France. The government launched a nationwide campaign of terror in which thousands of priests and nuns were arrested, tortured and murdered. The opposition of French peasants to the new government’s attack on their religion contributed significantly to the spiral of chaos and bloodshed which led ultimately to Napoleon’s seizure of power and the establishment of his dictatorship. 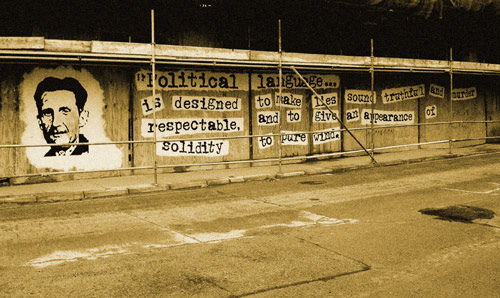 In the new United States, however, a very different and peaceful accommodation was reached between religion and the state. It was an accommodation that was based on one of the fundamental principles of modern democracy, the principle of ‘individual liberalism’. Individual liberalism holds that the proper role of the state is to leave citizens free to choose how to live, as long as their choices do not infringe upon the rights of others. The state must therefore refrain from imposing its view on citizens as to how they should live their lives.

Based on this liberal principle, the American Revolution made a radical break with accepted norms by establishing a clear separation between church and state. In doing so, the aim was not to eradicate religion, as was being brutally attempted in France. Instead, the aim was to separate church and state so as to allow freedom of worship for all, regardless of religious affiliation. The Bill of Rights which was incorporated into the United States Constitution stated that, ‘Congress shall make no law respecting an establishment of religion, or prohibiting the free exercise thereof.’ Under the Constitution, the new United States government was prohibited by law from establishing a national religion or giving preferential treatment to one religion over another.

The principle of individual liberalism upon which the separation of church and state was based is of profound importance not only for social and political stability, but also for the protection of individual rights and freedoms. The separation of church and state deprives religious zealots of the ability to use the power of the state to enforce any particular religious dogma upon the entire population. But the principle of liberal individualism has much broader application. As the history of the twentieth century clearly demonstrates, the idea that human beings have a higher purpose that the state is justified in forcing upon them is not limited to religious doctrines. The enforcement by the state of political doctrines such as nationalism, communism, and National Socialism all had disastrous consequences during the twentieth century. The prohibition on the state from imposing its view on society therefore serves as a crucial defence against governments that would extinguish individual freedoms in pursuit of utopian, or as is more likely dystopian, visions.