The global struggle for gender equality is not only about justice. Women’s equality is an essential precondition for the reduction of violence and greed in our world.

The debate on women’s rights is about to change radically. Today the arguments tend to focus on the fact that women’s equality will promote economic growth; that women’s empowerment will reduce global economic instability; that women are key to reducing the obscene levels of poverty that blight many parts of the developing world; and that women’s equality is a basic human right and the denial of that right is an appalling injustice. All these arguments are true, but it is now becoming clear that every society on earth contains a small but active minority of men whose defective personalities are such that they are affecting hundreds, thousands, even millions of other human beings in negative ways. The consciousness of the female half of humanity is essential if we are to limit the destructiveness of this dangerous minority, and create a more humane and peaceful world.

For millennia, humanity has struggled to understand why there is so much evil in the world. A scientific explanation is now to hand, and what we are learning amounts to nothing less than a paradigm shift in our understanding of our species. When it comes to a propensity for evil, science is showing that we are certainly not all the same. Instead around five percent of humanity – those with paranoid personality disorder, narcissistic personality disorder and psychopathy – are responsible for most of the violence in our world. And this dangerous minority is comprised overwhelmingly of men. 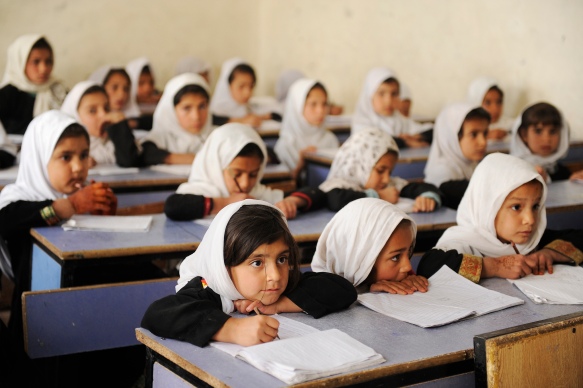 Unlike those with normal psychology, who can alter their patterns of thinking and behaving depending on the situation, those with these personality disorders are constitutionally incapable of altering their destructive personalities and behaviours. It now seems that the psychological differences between this group and the majority are of a sufficient order to justify the classification of this minority as a more or less different type of human being.

Although previous generations were not explicitly aware of the existence of a separate type of human being in their midst, throughout the course of history our forebears did devise various means to reduce the influence of this destructive minority, always in the face of violent resistance. Democracy, the rule of law, and the protection of human rights were the primary defences they created to protect themselves, and us, from this pathological minority. In our own generation, the battle to wrestle power from dangerously disordered elites continues. The frontline today is the struggle for women’s rights.

Daily world news, including cases such as the Delhi rape and the shooting of schoolgirl Malala Yousafzai in Pakistan, show just how incredibly difficult it is for women and girls to break gender based stereotypes and minimise discrimination and gender based violence when they are trapped in societies with socio-cultural practices which routinely discriminate against them. The way out lies in applying more vigorously the defences of law, democracy and human rights.

Of course this is not easy. Recent history in Iraq and Afghanistan shows just how difficult it is to set up democratic institutions in places where democracy did not previously exist, to apply the rule of law in places where corruption is endemic, or to protect human rights where the very basis of equality is dismissed out of hand. The lesson we have learned from history however is that these defences against tyranny are most likely to take root when certain social and cultural conditions are in place. Gender equality is one of these essential conditions.

The consequences of equality for the five percent with dangerous personality disorders are profound. Under social and cultural conditions which promote authoritarianism and intolerance, those with these personality disorders thrive, reaching the highest levels of power in government and civil society. When the tide of prejudice and terror begins to wane, however, these tyrants begin to topple slowly, one by one. By contributing to the fall of tyranny, the global campaign for women’s rights is also helping to reduce the violence which creates and sustains poverty right across the developing world.

As Egypt, Libya and Syria show, this process can be slow and frustrating. The outcome in the short term is not pre-determined. But as the struggle continues a society’s attitudes towards gender equality can be used to gauge the demise of pathological elites and the rise to power of the psychologically normal majority.

The Arab Spring shows that the battle for women’s rights is quite literally a battle for the soul of humanity. Empowering women and girls is about ending not only material poverty, but spiritual poverty too. For those who argue against women’s freedoms the answer is simple: women’s consciousness in needed if we are to humanise our brutal world.